Between Gnawa trance and psychedelic jazz..... The meeting of these four charismatic musicians from North Africa and Northern Europe is a unique opportunity to discover an unorthodox constellation and a surprising experience. A simply explosive group!

Four masters for a magical association. This is the new program designed and conceived by Goran Kaifeš and his accomplices. The master of the guembri and multi-instrumentalist Moroccan singer Majid Bekkas with two of Sweden's most famous musicians, Goran Kajfeš and Jesper Nordenström, true keyboard master, as well as Stefan Pasborg, the Danish jazz giant.

Goran Kajfeš draws his music in very different genres, weaves his sons from Africa and the Middle East, with futuristic jazz impulses marked by classical minimalism. His double album X / Y had been proclaimed in 2012 as the best jazz album by The Independent (UK). He leads the groups Subtropic Arkestra (of which Majid Bekkas was guest), Tropiques, Oddjob, he is also a member of the Nacka Forum, Angles 9, Ensemble Pan Scan, Fire!Orchestra.

Majid Bekkas has his roots in North African music and a long experience in jazz, which makes him a unique musician who masters both traditional music and improvisation. He has played with, among others, Joachim Kühn, Pharaoah Sanders, Bassekou Koyate and many others.

Drummer Stefan Pasborg is one of Denmark's greatest jazz musicians. He has had great success with projects such as Ibrahim Electric, Firebirds and his duet with African kola player Dawda Jobarteh.

Jesper Nordenström has long been a member of Goran Kajfeš-Subtropic Arkestra and has played with all the actors in the Swedish music scene. A keyboard genius.

♥ "Shock of trance music and psychedelic jazz, like the great Californian rock bands who listened to John Coltrane and Nusrat Fateh Ali Khan as much as Chuck Berry. A beautiful journey, to the limits of our dreams induced by the liberation of the mind that no longer seeks to be attached to the known." Alain Flèche

"..the potential to win this year's the Intercontinental Jazz Recording Award...." Nils Overgård

Voir l'article
Jazz Journal (UK)
5***** "Scandinavia meets North Africa in this truly stunning album. Almost an hour of this just doesn’t feel like enough, as it is easy to get swept along by the energy and drive of the performances. If Tomasz Stanko and The Doors had got together in the studio, some of the results would have sounded like this. “You’ve never heard anything like this” is an over-used phrase in music reviews. But trust me, with Magic Spirit Quartet, you haven’t. Mesmerising and unmissable.“
Rythmes Croisés (FR)

Immediately, the imposing Aicha immerses us in the ecstatic atmosphere of the “lila”, these gnaoua healing rituals practiced at night: the round and dry sound of the guembri of Majid BEKKAS, his warm and sensual voice set the scene without flourish, the trumpet of Goran KAJFEŠ brings forth rays of possessed light, the piano of Jesper NORDENSTRÖM frolicking from dune to dune, Stefan PASBORG makes his cymbals waver and caresses his barrels, the trance settles slowly, infuses, comes to life and even begins to boil dangerously in the last third of the song, with the reinforcement of typically Gnaoua male choirs, projecting the listener into a second state that he will not leave during the whole disc! - Stéphane Fougère

"...of extraordinary force. A fusion of absolute natural." Milan Tesar

Voir l'article
Télérama (FR)
fff "Moroccan singer and multi-instrumentalist Majid Bekkas and the three Scandinavian giants Kajfeš, Nordenström and Pasborg meet by a Berber fire in the psychedelic immensity of the desert. The richness of atmospheres is what makes this record so powerful.“
Muzycny Zbawiciel Swiata (PL)

"I fell on this album by chance and it’s possible that this is one of the most important this year.
This is an album I warmly recommend not only to fans of jazz atmospheres or lovers of world music, but also to fans of psychedelic folk-rock, of which there is no shortage here. " Jakub Bizon Michalski - April 2020

"Spirit and magic, it will always be about that with this album... ...it will carry you high, between secular traditions and hypnotic ambient jazz, like a long flight of notes in the round of a whirling dervish..."

*Coup de Cœur ❤ * "Magic Spirit Quartet is composed of four truly original musicians from different points of view, who have created a hybrid music that is definitely distinctive, and just released in January, the album is already considered one of the best albums of 2020."

"...Who cares about genre definitions when the results are this exciting."

"It's beautiful, hypnotic, and intense... the Magic Spirit Quartet's trance invites itself into your ears with this sublime record by Majid Bekkas and his acolytes... don't miss this moment!"

"The Magic Spirit Quartet" is a successful attempt to mix music from North Africa with jazz from Scandinavia. A colorful album and after two or three listening sessions you would want more of this kind of musical sound explosions to follow."

" Narrative power, explosive crescendo sound, perfect combination of this combo which, in the shade of the same branches, shelter the North European predicate and the Arab-Maghrebian one. A historical journey full of charms and mysteries, which reminds us of the true starting point of jazz: Africa".

Highly recommended. "Fusion; World Music; Gnawa meets Scandi-Jazz: call this music what you like, but as a certain Mr Ellington once remarked, there are only two types of music – good and the other kind, and this album most definitely belongs to the former." George Cole

"An exhilarating alchemy! The name of the band, which is also the title of the album, perfectly reflects its content. A fascinating combination of the mysticism of Gnawa trance and Scandinavian psychedelic jazz rock. Two seemingly distant worlds which, thanks to the talents of a Moroccan, two Swedish and a Danish, have merged into one." Sebastian Chosiński 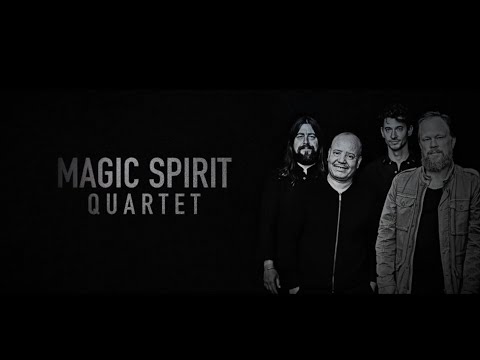 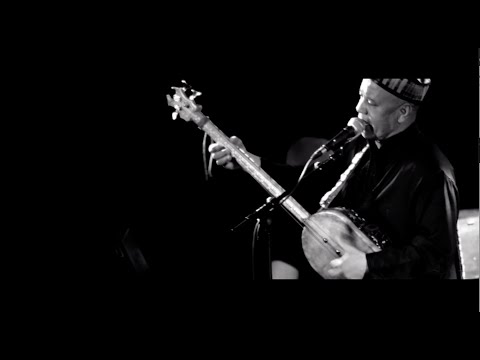 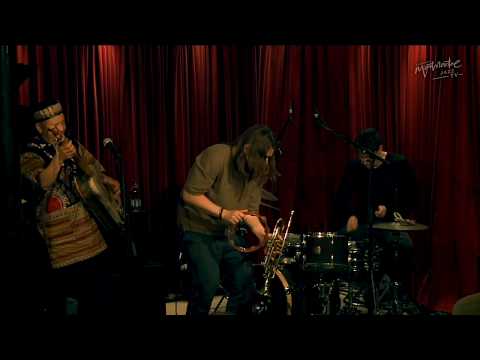 press review-msq-uk-january 2021
View
Save
Cookies user prefences
We use cookies to ensure you to get the best experience on our website. If you decline the use of cookies, this website may not function as expected.
Accept all
Decline all
Read more
Essential
These cookies are needed to make the website work correctly. You can not disable them.
Affichage
Accept
Analytics
Tools used to analyze the data to measure the effectiveness of a website and to understand how it works.
Google Analytics
Accept
Decline