TROPIQUES was maturing long ago..... This new formation in 4tet brings together on purpose, three musicians already present on the double album X/Y (2010) described by The Independent as "A total part of work" and awarded the prize for the best Scandinavian album (Nordic Music Prize 2011) by and with its Swedish leader, composer and trumpeter Goran Kajfeš, drummer Johan Holmegarde, bass player Johan Berthling, which is completed with pianist Alexander Zethson member elsewhere and with Goran Kajfeš of the nonette Angle9.

Listening to Enso is a breathtaking immersive journey, an aspiration into a hypnotic labyrinth with groove and minimalist rhythms; mixing the psychedelism of Krautrock's cosmic music with the fusion of Don Cherry or Miles Davis.

This first album composed by Goran Kajfeš entitled Enso, is a 50-minute piece, changing character in a series of four discreet but connected movements.

It includes the concern that its author, who by extension of melodies and themes, had already addressed in his double major album Y/X (2011). Reference to X, with title 39 Degrees and Y (Perfect Temperature for Leaving Home, part 6)....

ENSO, an acronym for El Niño (warm current for drought) and Southern Oscillation (atmospheric variation), is a global oceanic phenomenon with dramatic repercussions on the climate that forces people to leave the planet.

ENSO is also a circle drawn in ink in Zen Buddhist calligraphy. Although its form is very simple, its essence is difficult to define because its representations are diverse and its meaning is never fixed or fixed. Enso is therefore a polymorphic free electron that invites us to place ourselves as observers, beyond appearances. He suggests rather than asserts.

A Swede of Croatian origin, Goran Kajfeš is a tireless creator and a key figure in today's Scandinavian scene. Trumpeter and arranger in his own groups, alongside pop and indie musicians (Mando Diao, José Gonzáles, Eagle-Eye Cherry, Sting, etc....), Goran Kajfeš constantly deconstructs the boundaries between musical genres.

Nominated alongside Björk and Lykke Li at the Nordic Music Prize in 2011, Goran Kajfeš won this award for the best Scandinavian album for X/Y.

In 2013, Goran Kajfeš and the Subtropic Arkestra continue to reinvent Cosmic Jazz by immersing it in Turkish psychedelia, electronica, grooves from Brazilian exotica or Soft Machine's progressive rock.

Goran Kajfeš & Oddjob (quintet created in 2007) wins with his 2 projects for young audiences, a great success with Jazzoo .... Jazzons avec les Animaux (volume 1) - Grammy Award 2014 (best children's album in Sweden), Grand Prix de l'Académie Charles Cros 2015 (best children's book-disc in France) and most recently with Jazzoo...... Be Zoo Jazz! (volume 2), - Manifest Galan Prize Award 2019 (best children's album in Sweden) and a 2nd Coup de Coeur from the Charles Cros Academy in autumn 2018. These two audio books are brought to the stage with 2 ciné-concerts that are played, to a sold out audience, on international stages.

Press releases
Bird is the Worm (US) Best Album 2019

Into The Wild *Best album of 2019"....Goran Kajfeš's music is essential, and it is one of the best things the new century of jazz has to offer." Dave Sumner

Enso & Into The Wild"The gift of ubiquity possessed by the Swedish composer and trumpet player Goran KAJFEŠ will have escaped no one. .... We can measure how his inspiration is profuse and unfolds in always unexpected dimensions. "Enso" by TROPIQUES inscribes its suggestive movement pushing the listener to raise his perception beyond appearances. Chavirating from trance-like flights to free swerves, "Into The Wild" is a skin-deep celebration of Mother Nature's still untamed territories. We're looking forward to the next immersive trek of these lush TROPIQUES!" Stéphane Fougère

Voir l'article
Esensja (PL)
Into the Wild "Each composition is a gem, a jewel, a masterpiece on the boundary of jazz, rock and avant-garde." Sebastian Chosiński
Voir l'article
Action Jazz - La Gazette Bleue (FR)

Enso "....The leader's trumpet is a piercing cry of breathtaking beauty, similar to the one Don Cherry once gave in his construction of the humanist world current.... An intense supplication rises from this disc, which reveals a moving spiritual dimension". Dom Imonk

Into The Wild ".....We get electric, hallucinatory forests and breaking rhythms unrolled by Tropics, a quartet of regular accomplices in some parallel projects – like Nacka Forum and Subtropic Arkestra – with the exception of Alexander Zethson, who is perfect on the Korg as well as on the organ, and the great composer Christer Bothén on the bass clarinet, making us rejoice when he reforms “So Don” again on the ngoni. As a whole, it is epic and coherent, sometimes deliciously dissonant, testifying to a great creative freedom that is renewed again here: a beautiful escape." Jeanne Lacaille 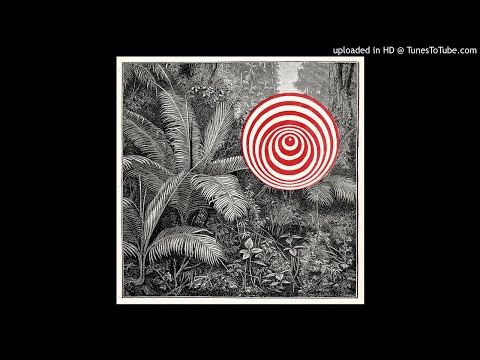 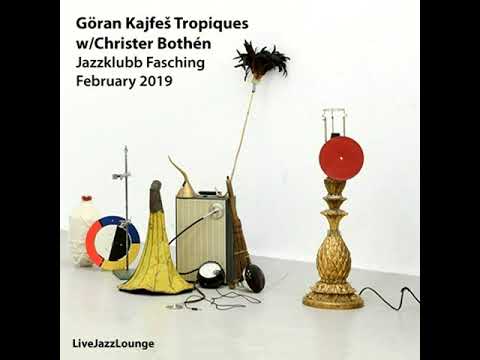 The Reason Why vol.2

The Reason Why vol.1

Goran is of Croatian heritage, born and grown up in Sweden in a family of musicians and artists. Not the least, his father is none other than Davor Kajfeš , composer and member of the best European jazz group of the 60s from the ex-Yugoslavia (Croatia) The Zagreb Jazz Quartet, which will have played all over the world.

Goran started playing trumpet at the age of 10, first concentrating on classical music but later deciding to focus on jazz. He studied from 1993-95 at the Rhythmic Music Conservatory in Copenhagen.

He is, since many years, an obvious authority at the very core in the Swedish music scene. A sought after session player, touring musician, arranger and producer. Goran has performed with José Gonzales, Stina Nordenstam, Eagle-Eye Cherry, Lester Bowie, The Soundrack of our Lives and many many others. Last year he was appointed Artist in Residence at Stockholm Jazz Festival. He was given the honour of composing and performing the opening ceremony of Stockholm Museum of Modern Art in 2006. He´s written music to several movies and produced a number of albums including ”Clint” by Oddjob that was named Jazz Album of the Year by Sunday Times in the UK 2010.

Kajfes debut Home (2001) was released on Blue Note, highly successful and was nominated for a Swedish Grammy, where a mulitude of influences was mixed into an appealing and spicy brew established him as being at the forefront of crossover visionary electro-jazz. The sequel, Headspin (2005) won the Swedish grammy award for best jazz album for the very same reasons. The albums took Goran around the world performing with his own band.

On the tour connected with these projects, he shared the same stage with such well-known players as Nils Petter Molvær, Bugge Wesseltoft, and Wibutee. He has toured with his band Goran Kajfeš’ "Headspin" in Sweden, Norway, Finland, Denmark, Mexico, Germany, France, Morocco, Spain, etc.

He worked with Neneh and Eagle-Eye Cherry on the production of a tribute concert celebrating Don Cherry's music.

Save
Cookies user preferences
We use cookies to ensure you to get the best experience on our website. If you decline the use of cookies, this website may not function as expected.
Accept all
Decline all
Read more
Essential
These cookies are needed to make the website work correctly. You can not disable them.
Affichage
Accept
Analytics
Tools used to analyze the data to measure the effectiveness of a website and to understand how it works.
Google Analytics
Accept
Decline